On the island of Crete, in Greece, expert hands wander and pick horta, that is this immense variety of edible wild plants, in order to cook them. They are the cornerstone of the island's daily gastronomy , and everywhere, people gather around the table for them. There is countless number of them and they are cooked in a infinite number of receipes.

This cuisine is delicious, convivial, and free. Deeply rooted in farming knowledges and expertise, horta reminds us of the importance of food autonomy, particularily in times of crises.

Wild Weeds is a story about hospitality, about sharing with friends, with farmers who invite us in their kitchens and at their tables. It's a story about gathering together around a good glass of raki, both feet well rooted into the ground.

There are many ways to be an activist, Wild Weed explores one of them.

Format and available languages : The film lasts 32 minutes and is in Greek and French. Subtitles are available in English, Greek, French, Spanish and Italian.

If you wish to translate the film in any other language, we'd be both super happy and grateful! Please get in touch with us, and we'll give you as much information and support to help you in your task.

Leïla and Mathilde started writing this project in the fall of 2015. They had already directed another documentary in 2012, together with Sofia Tsiridou and Léa Fanget, about self organization as a form of resistance to the crisis. The film was called Entre nos Mains (In our hands) and is available in French at this address: http://www.regardeavue.com/?p=motclef&m=ville.

The idea to work in Greece again came up thanks to the relationships of Mathilde on the ground. We wanted to make Greek voices heard, and were tired of repeatedly coming across this same idea that a revolution was taking place there, when we mostly saw misery deepening its grip years after years. We always wonder : the Greek society is changing for sure, but what kind of changes are really taking place ? Are they really the ones we expect ?

This is when the ancient practice of picking and cooking wild plants appeared to us as a relevant representations of the challenges Greece faces today. Horta, as they are called, symbolize an economy that is both simple and convivial. The fact that they are almost endless and free allows everyone in any circumstances to gather and share together strong moments around a table. Modernity and the industrialization of agriculture are causing us to loose touch with these knowledges and rhythms, but what is it really offering in exchange ?

Furthermore, shedding the light to cooking and eating as deeply linked with intimacy, family, home and comfort was paramount to us. We wanted above all to make a film about proximity and human contact. What best way could their be for it than filming a meal, from it's preparation to it's sharing ?

Financing of the project

The film Wild Weeds is entirely self-financed by both it's directors, Mathilde Mistral and Leila Porcher.

We bought the equipment to shoot the film and edit it. We covered all expenses so far, except for 600€ that remained after the Entre nos Mains project was finished. Everyone who worked on the making of this film has done so with no financial retribution.

We hope to be able to collect some money during screenings of the film and by selling the DVD. Our goal is to reimburse the money we invested so far, and give some money to everyone who participated to make this film what it is. 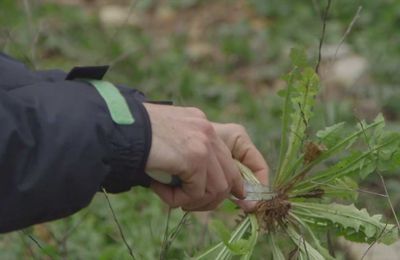 As soon as you clean the whole house you could fix any maid for your further followup. The cleaning service service in the fixed interval can help eliminate more big washing activities. SpringCleaning Cleaning service offers outstanding maid program in Dubai. Switch us +971 regarding valued companies.E4041